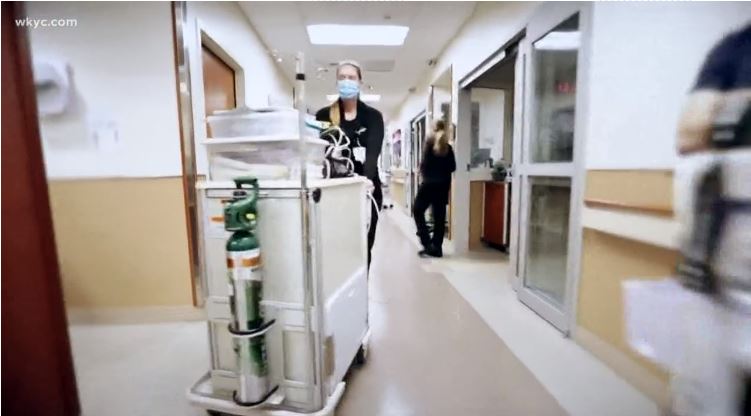 As hospitals across Northeast Ohio and the nation continue to be slammed by COVID-19, President Joe Biden is apparently gearing up to send in reinforcements.

According to USA Today, Biden will be sending medical teams to help six different hospitals across six different states. The president is expected to make the announcement official on Thursday, and the Cleveland Clinic is reportedly on his list.

Ohio has been setting coronavirus hospitalization records in recent weeks as the omicron variant spreads, with the bulk of those cases occurring in Greater Cleveland. The Ohio Department of Health claims just under 75% of the state’s positive COVID tests are now due to omicron, which while milder on average than other variants has also been found to be much more contagious.

Studies have also shown omicron to be more resistant to COVID-19 vaccines, although experts say those who are fully vaccinated (and especially boosted) are still far less likely to experience severe illness. During an ODH briefing last week, Cleveland Clinic Chief Medical Operations Officer Dr. Robert Wyllie stated roughly 75% of the hospital system’s virus-positive patients were unvaccinated, along with 87% of such patients in ICUs.

“The teams, and those to be deployed in the coming weeks, are expected to help emergency departments overwhelmed by COVID-19 and to free up health care workers to continue other lifesaving care,” Maureen Groppe and Donovan Slack wrote for USA Today. Some hospitals will get seven to 10 additional workers, while others could see as many as 25.

Biden will reportedly be joined at tomorrow’s press conference by Defense Secretary Lloyd Austin and FEMA Administrator Deanne Criswell. Other hospitals included in the plan are:

3News has reached out to the Cleveland Clinic for comment.

Shop Now!
Save $4 plus FREE Shipping! Use Coupon Code XMAS2022